The Board of Trustees has chosen the Indian economist and philosopher Amartya Sen as the Peace Prize Winner of the Year 2020. The award ceremony will take place on Sunday, October 18, 2020, in Frankfurt's Paulskirche and will be broadcast live on television.

The German Publishers and Booksellers Association hereby awards the 2020 Peace Prize of the German Book Trade to the economist and philosopher Amartya Sen. In doing so, the association and its members have chosen to pay tribute to a pioneering scholar who has addressed issues of global justice for decades and whose work to combat social inequality in education and healthcare is as relevant today as ever. Among Sen’s most important contributions is the idea of evaluating a society’s wealth not solely based on economic growth indices, but also on the opportunities for development available to all individuals who comprise that society, in particular its weakest members.

Throughout his work, Amartya Sen has consistently highlighted solidarity and a willingness to negotiate as essential democratic values, proving in the process that cultures need not be the source of disputes over identity. His vivid and powerful descriptions have also served to elucidate the fundamental ways in which poverty, hunger and illness are intimately linked to the absence of free and democratic structures. The »Human Development Index«, the »capabilities approach« and the notion of »missing women« are just three of his groundbreaking concepts that continue to set high standards to this day with regard to generating, preserving and evaluating equal opportunities and decent living conditions for all.

Amartya Sen’s inspiring oeuvre represents a compelling call to establish a culture of political decision-making borne by a sense of responsibility for the well-being of others, including the right to self-determination and the right to articulate one’s interests and have a say in one’s own future.

The freedom of choice gives us the opportunity to decide what we should do. (Amartya Sen,"The Idea of Justice")

Amartya Kumar Sen was born on 3 November 1933 in Santiniketan, India. He is currently the Thomas W. Lamont University Professor, and professor of economics and philosophy at Harvard University. For many decades, Sen’s multifaceted and award-winning scholarly work has contributed unmatched insights and impulses to a number of fields, including welfare economics, social choice theory, decision theory, studies in hunger and poverty, and development economics. As an economist-philosopher whose research areas include public health and gender studies, he has also worked tirelessly for the cause of democracy, freedom and global justice. In 1998, he was awarded the Nobel Prize for Economics. In 2020, Amartya Sen, one of the most important thinkers of our time, will receive the Peace Prize of the German Book Trade.

Amartya Sen was born into a family of scholars and raised in an environment steeped in tradition. He spent part of his childhood in Dhaka, the present-day capital of Bangladesh, and finished his school education in his hometown of Santiniketan. His early years were influenced by the political movement for independence that took place across India during the 1940s, which was also the time of the conflicts between Hindus and Muslims, as well as that of the great famine in Bengal in 1943.

In 1959, after having completed a B.A. in economics at Presidency College, Kolkata, Sen received his Ph.D. at Trinity College, Cambridge. He continued to devote himself to the study of philosophy in addition to economics, something that is clearly reflected in many of his later works, where issues of economic theory meet moral philosophy and ethics.

As an economist-philosopher, Amartya Sen’s thinking is shaped by the question of how social justice can be advanced for all individuals in a society. In exploring these issues, he  uses economics, politics and social choice theory.

Sen first became known to a wider public in 1970 for his advancement of the theory of social choice and his analysis of the compatibility of reasoned social decisions and individual rights (»Collective Choice and Social Welfare«, 1970, Expanded Edition, 2017). In 1981, he published his most famous work, »Poverty and Famines – An Essay on Entitlement and Deprivation«.  This essay showed definitively that poverty and hunger are caused not only by food shortages, but above all by problems of distribution and a lack of access and entitlements. In addition, Sen showed that famines do not break out in functioning democracies with a free press.

In the 1990s, Sen played a significant role in the development of the Human Development approach of the United Nations, including devising the Human Development Index (HDI) which is an indicator of well-being in countries around the world and takes into account factors such as health and education in addition to average income.

Sen has always worked with his conviction that the quality of an economic system should not be measured solely on the basis of its growth indices, but rather on the opportunities available to the members of society to pursue their own development as well as their freedom to lead a life they have reason to choose (»capability approach«). Among the elements necessary for achieving this, Sen shows are education, healthcare and a free and fair press, in particular. In his 1999 book »Development as Freedom«, he has called for fair sharing of rights and opportunities by women. They also contribute to  eliminating global inequalities and improving overall living standards.

Years earlier, in 1990, Sen had already used the idea of “missing women” in an article titled »More Than 100 Million Women Are Missing« published in the New York Review of Books. The term refers to noticeable shortfalls in the number of women in some regions of the world in relation to what may be expected on demographic grounds. This results from neglect of young girls as well as gender-selective abortion of female foetuses, related to »boy preference«, resulting from patriarchal values.

In 2006, the philosopher Sen became involved in the “clash of cultures” debate through his book »Identity and Violence«. In it, he warned of the increasing tendency to reduce individuals to a single identifying characteristic. He described how violence and fundamentalism arise as a result of such narrow construction of identity, and how this tendency fosters conflicts, as well. As an alternative to this approach, Sen made a decisive plea for the active promotion of pluralist understanding.

In 2009, Sen published »The Idea of Justice«, which soon became a bestseller. In that book, Sen examines the theory of justice put forth by John Rawls, criticising it for its ideal-oriented assumptions, which make it unsuitable for application in practical reality. In contrast, Sen proposed a practice-oriented theory and declared democracy to be a basic requirement for social justice.

In 2013, Sen joined with fellow economist Jean Drèze for the book »An Uncertain Glory. India and its Contradictions«, in which they proposed solutions designed to foster a fairer coexistence of peoples in India. Both economists placed the focus of their analysis on the lives and needs of poor and underprivileged populations, portraying the ways in which the introduction of a democratic system influenced Indian’s economy and social fabric, but also showing how the accompanying neglect of social problems has had a serious impact on the country’s economic and political system to this day.

Sen has received over 100 honorary doctorates and countless awards for his highly influential work, and his books have been translated into over 30 different languages. He lives in Cambridge, Massachusetts, with his wife, the British-born economic historian Emma Georgina Rothschild, whom he married in 1991 and who is also a professor at Harvard. Amartya Sen has four children, Antara, Nandana, Indrani and Kabir.

The terrible connection between economic poverty and comprehensive unfreedom (even the lack of freedom to live) was a profoundly shocking realization that hit my young mind with overpowering force. (Amartya Sen in "Identity and Violence" about his childhood experience during the clashes between Hindus and Muslims in 1944) 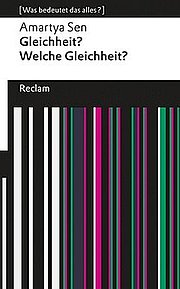 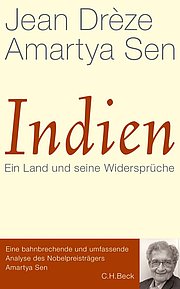 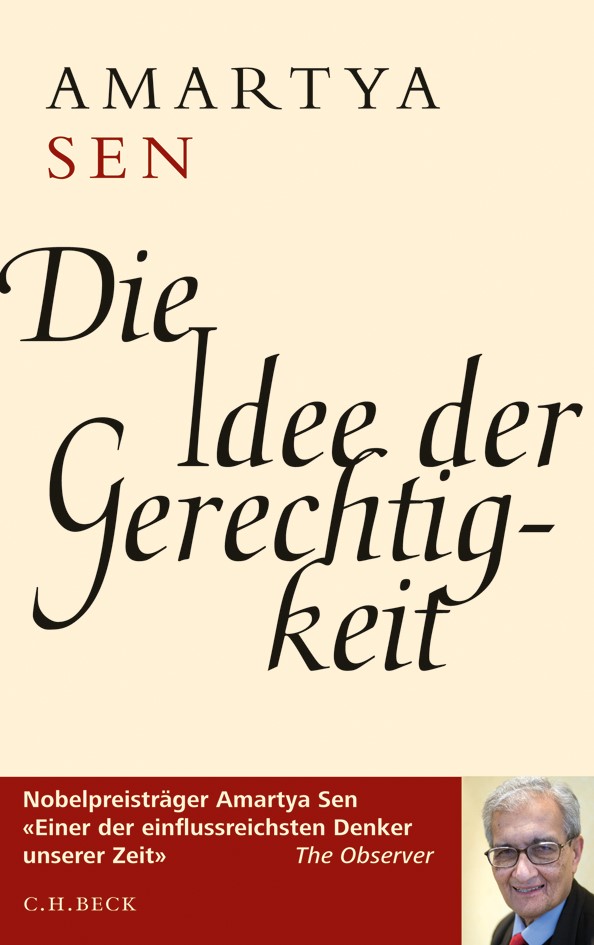 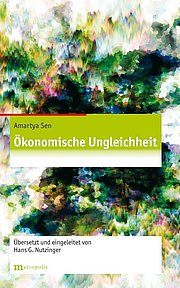 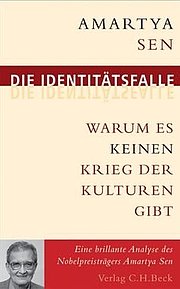 The Country of First Boys. And Other Essays

Mismeasuring Our Lives. Why GDP Doesn’t Add Up

Markets, money and capital. Hicksian economics for the twenty-first century

The Argumentative Indian. Writings on Indian History, Culture, and Identity

Handbook of social choice and welfare

The Quality of Life

The Political Economy of Hunger (in 3 volumes)

On Ethics and Economics

Poverty and Famines. An Essay on Entitlement and Deprivation

Frank-Walter Steinmeier was born in Detmold in 1956 and has served as the 12th President of the Federal Republic of Germany since March 2017. He received his doctorate in public law and political science in 1991 and was named head of the Federal Chancellery in 1999. From 2005 to 2009, he held the office of Federal Minister of Foreign Affairs and, starting in 2007, was also Vice-Chancellor of Germany. Two years after that, he was voted into the Bundestag via direct mandate and elected chairman of the SPD parliamentary group. From 2013, he acted once again as Foreign Affairs Minister until his election to the office of Federal President in 2017.

Throughout his career, Steinmeier has continually fostered a robust dialogue between politics and culture. For example, as a long-time passionate reader, he has remained very much connected to literature and the arts in his role as German president. His key overall concerns include securing liberal democracy, fortifying democratic and social cohesion and strengthening international cooperation. In his role as Federal President, he is also the patron of the “Vorlesewettbewerb des Deutschen Buchhandels”, the nationwide reading competition for young people launched by the German Publishers and Booksellers Association.

Steinmeier has received several awards for his work to date, including the Ignatz Bubis Prize, the European Prize for Political Culture and the Willy Brandt Prize.